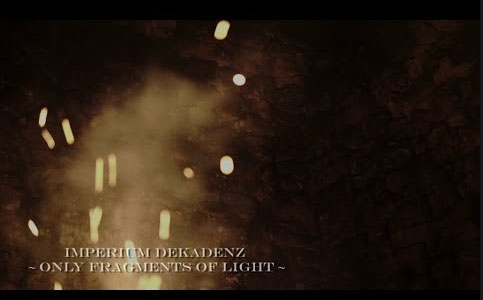 2013, Dekadenz Imperium has released their 4th album is “Meadows of Nostalgia”. For me, the album is one of the best black metal album that year. A romantic name, a picturesque cover and foremost is a black metal played the most beautiful I have ever heard. German duo removed the gap between genres with Meadows of Nostalgia.
Deputy arid dark black metal of Bathory was neutralized by the full soft melodic guitars. Anger, violence go hand in hand with endless sadness. And most of the air that is splendid voice epic, majestic images reminiscent of Rotting Christ.
Leaving behind the great success of the Meadows of Nostalgia, Imperium Dekadenz continued embark on the next journey with new musical material. This time their landing is shoegaze. I must say that a few years back post and shoegaze black is becoming the new trend of black metal. I must admit though created many outstanding names, but this change is very much weakened the value of the black metal classic. Fortunately, Imperium Dekadenz not be too over-indulging in that direction. They put on a moderate dose of 1 black and shoegaze post while maintaining full power of black metal.
Dis Manibvs 5th album can be seen as energetic version of Deafheaven. Very frustrating, emotional, but without the screaming footage bitterly canal style suicide hands as the other North American name. Offset that is the return of the vast epic atmosphere, spacious. The guitar’s already very melodic Dekadenz Imperium now even more sweet and affectionate when the air is slowly dipped in the shoegaze vague. If I still like to compare but Meadows of Nostalgia Dis Imperium Dekandez Manibvs showed black metal can lead to anywhere they want.
Band: Imperium Dekandez
Album: Dis Manibvs
Year: 2016
Nation: Germany
1. In Todesbanden
2. Only Fragments Of Light
3. Still I Rise
4. Dis Manibvs
5. Pantheon Spells
6. VAE Victis
7. Volcano
8. Somnia
9. Pure Nocturnal Rome
10. Seikilos