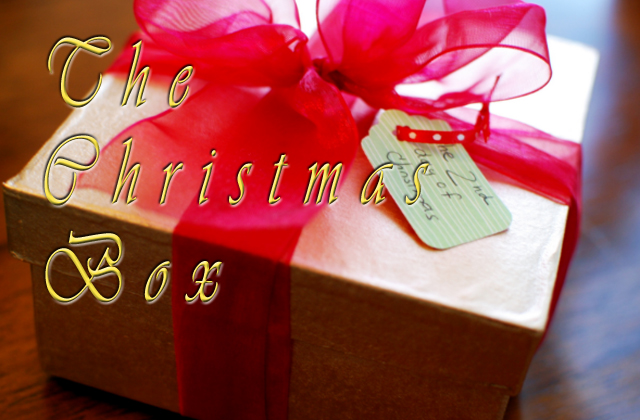 I still think that Christmas is a wonderful occasion for the year. You will suddenly infected with the carnival atmosphere is emitted from all around, and want to do everything: shopping, outings, gatherings with friends, to the people you love … that’s all I do. But there is a picture I really like for Christmas: family photos gathered around the fireplace, and tell each other the truth or story. I also want to have lovely children and a wife at his side, to read to them the book that I am about to tell you the following: “Christmas box”.
Christmas box is a classic book on Christmas day of our time, to be on par with Christmas Songs (A Christmas Carol) by Charles Dickens. Already twenty years since first published, the book has sold over seven million copies, that stirs the hearts of people around the world read. Brochures, this is actually very thin, which was originally written by Richard Paul Evans gave her two of her young daughter, but the story then circulating became a powerful message, pass more borders, brings powerful emotions in the hearts of readers.
The story in the book started when Christmas was in the air over the city. December winds chilly, snow and fire in the fireplace has a warm glow. In the penthouse apartment to a mansion on the Boulevard area of Salt Lake City, yellowing letters lying there for decades, waiting to be read out again … Story implemented since then, a mixture of past and present , imbued with love in the letter. The story of Christmas box no more drama, no more need to remove bottlenecks, perhaps because this is simply a story of a father reading to daughter heard. Fairy tale lurks in the book does not completely turn the story into the book for children, which makes the story become closer, more affectionate with the reader.
What makes the features of the Christmas box, is perhaps the impression of emotions on Christmas Day. Many years ago, Christmas was always an occasion to reunite, but day after day, to have Christmas fades away its inherent meaning. Perhaps, reading the Christmas box is also a good opportunity for readers can rediscover the meaning of the most important holidays for the Europeans. And then, you realize that, it turns out the most important thing is contained in the magic box that’s a surprise: not a gift, not just limited to the family, or with relatives … the things contained in it more. The small book in her a sense as much as the book Real-period-101, and will certainly be a book worth an afternoon you spent last year to mull.
Do not have too much to say about a book is actually quite fragile as this book without letting you know so much about its content. Here indeed is the feelings of myself after this book folded, on a sunny afternoon somewhere between the winter.
I read this book rather quickly, and the race against herself in an attempt to see what is its fast read. But success turned out pretty slow, it is because this book in her more than what is printed paper. The book reminds me think of many things, and suddenly felt more leisurely, more peace between the end of the busy day. Leisurely than to think of more things besides work and “what to buy for girlfriend now?”. Peace better than to feel the atmosphere that this year-end holidays bring in capital. This is not a traditional holiday in Vietnam, but I think apart from the religious meaning, the intrinsic meaning of family, love, friends, reunions are what transcend all borders , color, religion. And to be with our hearts.
Maybe read this far, you will still feel burned missed due to the end you still do not know this book ultimately comes to nothing? In other Christmas box containing something? And so that, in fact, until the last page of this book, the main character still wonder that. But hold the book up, read to the end, put down and listen to your heart. Then you’ll like our characters, found what is contained in that magic box.
By the way, if you want to read more books on Christmas 1, you can keep an eye on Christmas Songs by Charles Dickens which I first mentioned this article. Also no less classic; as well as the size of the Vietnam equally bizarre, but this is a good book for the occasion. I do not want to mention it because in Vietnam, we have known the contents of this book pretty much through the animated Walt Disney, but anyway it is still an extremely interesting book.

One Reply to ““The Christmas box” (Richard Paul Evans)”