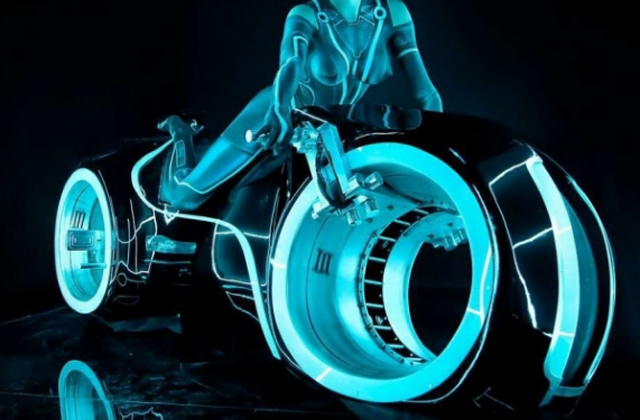 We will see the character motorcyclist light light speeds in a very magical when we see the movie “Tron Legacy”. But we absolutely true about two years ago and it has been made out of the Tron bike to sell for between $ 55,000 and above. Obviously we run, but a car without forks, caring and hatred, So,  how does it work?
The answer lies in the structure of the wheels: Hubless Wheel, It’s also a known as Rim – rider.
You can imagine the hollow axle and is now clinging to the side of the tire. Cake has been driven through Phil, but Phil chain the size of the tire and the wheel located in the wings, along with rim brakes, bearings … 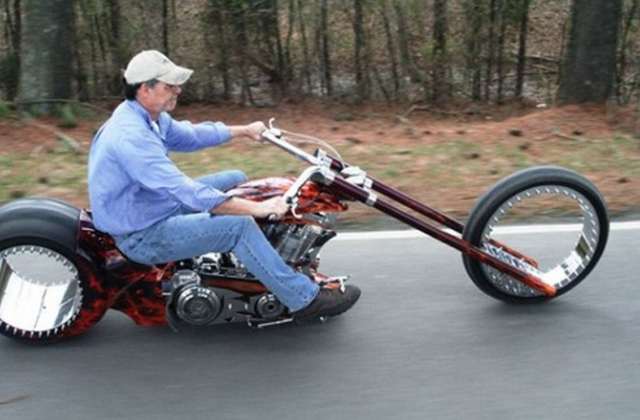 Hubless Wheel was invented by Franco Sbarro long time since 1989. Although their design is very special, giving good performance, safer braking, but the cost to manufacture and require greater machining accuracy is very high, up to this day we are still only on the application form or for homemade car concept.

The feature that makes this car so expensive not only because of its uniqueness, but also because the car can also act as a normal motorcycle with full registration and license plates. Since its completion in 2012, the Tron Lightcycle has run only a few times on the road to test its performance. Then the car is put into storage. Therefore the car is still very new, the engine also works smoothly. 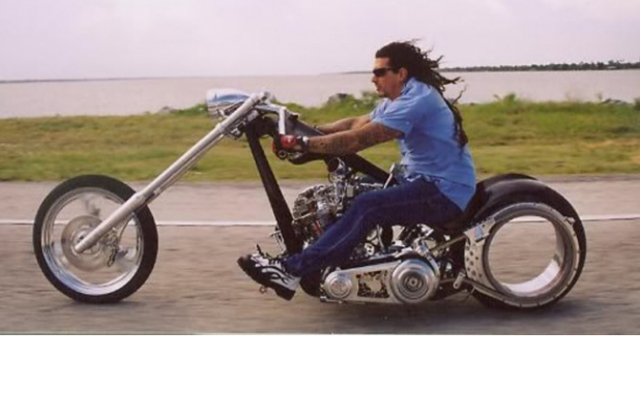 The engine of the car is a 96V motor block, powered by a Lithium battery. The front suspension of the car is specially designed, comparable to the most advanced front fork. Front and rear forks can be adjusted to softness depending on terrain, hydraulic brakes. The tail is designed to cover nearly the rear wheel, so also the car can only operate on the beautiful road. 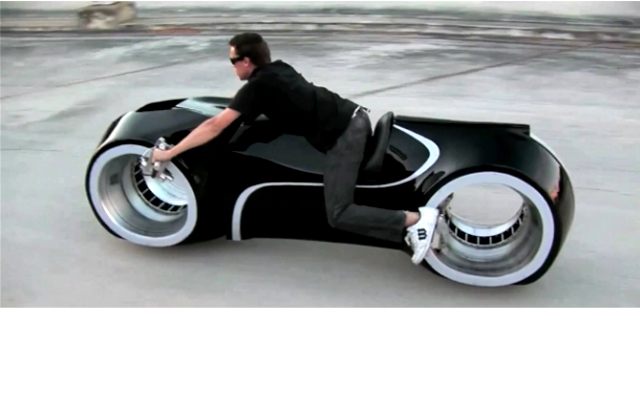